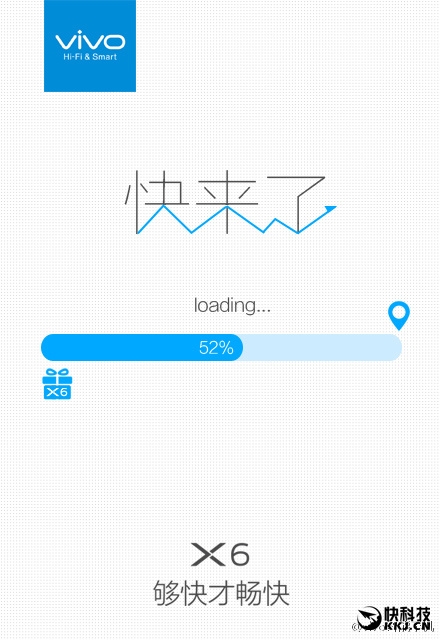 Here’s another teaser for the upcoming Vivo X6 handset, this time referring to how close we are to the device’s launch. Apparently, we’re half way there judging by the teaser below.

This means that the phone will come on November 30 and now it appears that aside from the Vivo X6 the debut event will include one more phone. X6 is rumored to bring a Helio X20 deca core processor, 4 GB RAM and a fingerprint scanner. The other model may or may not be an Xshot handset, or one from the Xplay series.

Vivo X6 will have an all metal shell and its antennae will be placed on the sides instead of the back, trying to get rid of those ugly plastic cutouts that the iPhones have. The phone is expected to come in gold, silver and rose gold and I wouldn’t be surprised if Force Touch was on board as well. Expect HiFi acoustics to also make it.