Home Windows Mobile Xiaomi Mi 4 Spotted With Windows 10 Mobile on Board, Coming Around... 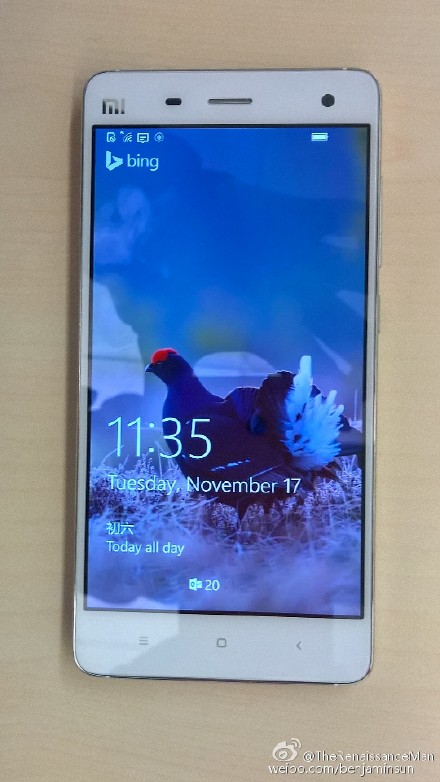 We’re pretty close to Thanksgiving and aside from the approaching Black Friday and special offers, we also expect a few launches to happen. For example Xiaomi seems to have prepared a version of one of its phones with Windows 10 Mobile on board.

At least that’s what a Microsoft official is claiming on Weibo. He posted a picture of a Xiaomi Mi 4 handset with Windows 10 Mobile on board and said that the Win 10 beta is close and coming around Thanksgiving. The account in question belongs to a Microsoft China employee, the Operating System Software Engineer Institute director of engineering.

In March this year Microsoft announced that it was testing its latest mobile OS on Xiaomi devices, with the Mi 4 subjected to tests. Betas have followed and a finalized version should come soon. We can’t help but wonder if we’ll see an official re-release of the smartphone with this OS and maybe a new name. We’ve got Xiaomi Mi 4i and Mi 4c, so maybe call this the Mi 4w? 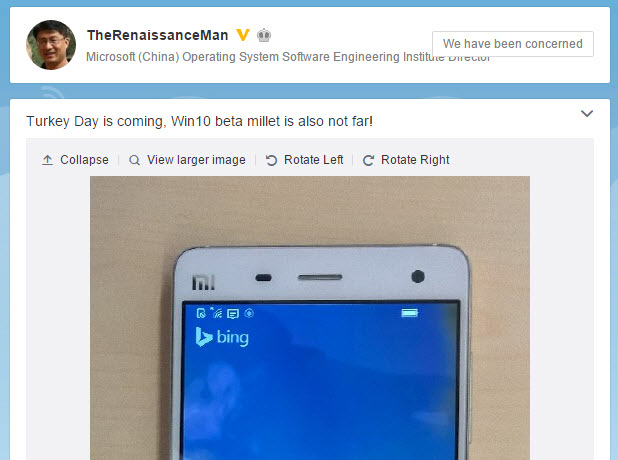