Freshly after Orange UK announced that it’ll sell the iPhone in Great Britain, following O2’s exclusivity contract expiry, Vodafone also announced its own involvement in the matter. Turns out that the UK and Ireland branches of the carrier will make the 3G and 3GS models available in early 2010. 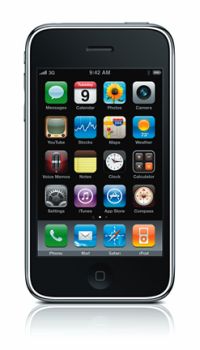 Vodafone UK And Vodafone Ireland can register from today in order to find out morinfo about the iPhone 3G and 3GS via www.vodafone.co.uk/iphone and www.vodafone.ie/iphone. Pricing, contracts and availability will be announced in the coming months and we have to mention that Vodafone sells the iPhone right now internationally through 13 of its operating companies.

Next move should belong to T-Mobile, if they know what’s good for them.