Good news for VoIP fans: the iCall VoIP iPhone app that was able to direct a GSM call to WiFi can now do VoIP over 3G connections. All previous restrictions regarding the calls were lifted, as found in the new iPhone SDK. 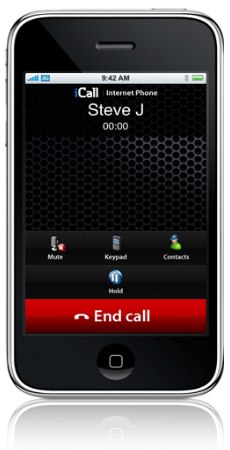 Till now, VoIP calls were only done over WiFi and not AT&T’s network, apparently not ready to support the burden of such calls. Now, iCall becomes 3G-friendly and it’s the only app in the App Store with this purpose. In case you’re wondering, the 3G restriction was a server-side block.