If PHS doesn’t sound like much, you should know that it’s a short range wireless technology used in Japan, providing low cost phone and data access. Too bad that this service is not available in rural areas, being close to non-existent there. This kind of connectivity is supported on Willcom’s new Windows Mobile phone, Hybrid W-Zero. 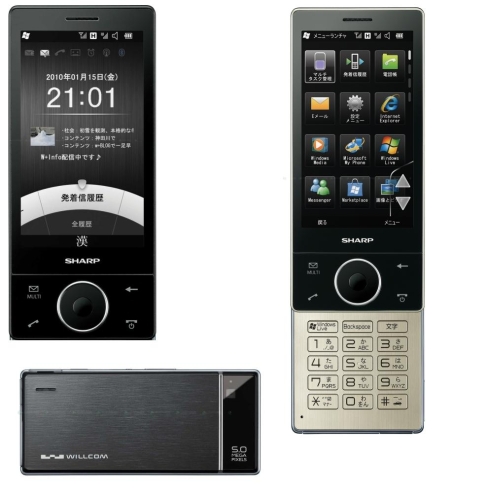 This handset also supports WCDMA connectivity (HSUPA 7.2 Mb/s) and it runs Windows Mobile 6.5. We’re dealing with a slider that uses an innovative UI, called “x-Crawl” and you should also know that the device is dubbed WS027SH. The user interface on the handset relies on the jog dial for UI navigation purposes.

If you’re wondering about the specs, Willcom’s phone sports a 3.5 inch VGA screen, WiFi, Bluetooth, GPS and a 5 megapixel camera. Expect it to reach the Japanese market in 2010 and we’re hoping for an US and European release as well.