Microsoft is certainly going to showcase Windows Mobile 7 at Mobile World Congress 2010, that’s for sure, but we’ve just found some new details about the OS that’ll certainly discourage all hopefuls. PPCGeeks’ sources claim that the new platform will be present at MWC next week, but there’s also bad news, that you’ll find out after the break. 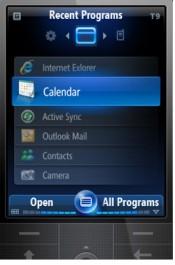 The UI of the operating system is apparently named Metro and may remind some of you of the one on Zune HD, with a new Start screen. Turns out that the interface is clean and vivid, maybe even better than HTC Sense. Also, Windows Mobile 7 (or Windows Phone 7) will come with Xbox and Zune integration, plus social networking features, including the Facebook friends in your address book.

Flash and multitasking will be lacking from the new OS, a great handicap and a step backward and closer to the iPhone OS. NetCF won’t be backwards compatible, so there will be no backward compatibility for existing apps. Among the rumours, there’s also the fact that the first devices running WM7 will ship in September 2010.

None of the info was confirmed by Microsoft, so take this with a grain of salt.