The lucky folks of Mobiletechworld got a chance to mess with a Samsung smartphone prototype running Windows Phone 7. It all happened during Microsoft’s ReMIX event and the device in question was a modified Samsung Omnia HD unit, with an upgraded processor. 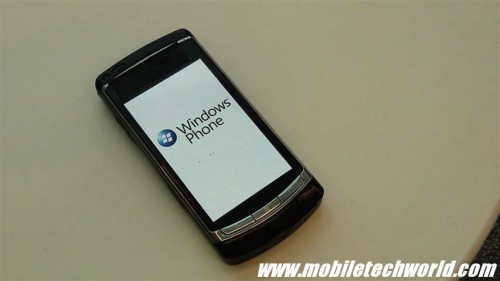 The Omnia HD received a Qualcomm Snapdragon chipset instead of the TI OMAP 3430 from the original version. This is only a prototype and it’s not meant for sale and we also learned that the display was also replaced, being changed to a WVGA AMOLED panel. As shown in the hands on video below, everything runs smoothly, with not lag whatsoever.

Metro UI is looking great, the Hubs work like a charm and this is even smoother than the iPhone experience. However, it seems that there’s too much vertical and side scrolling to do, if you ask me…