If you’re curious to know what went down yesterday at the Windows Phone Summit where Windows Phone 8 was announced, there’s a full video below with the entire conference. Joe Belfiore, the head of the Windows Phone project was on stage and he showcased some of the new features of the OS. There were also talks about Windows Phone 7.8, a consolation version of WP7 for people who won’t get WP8 on their older devices. 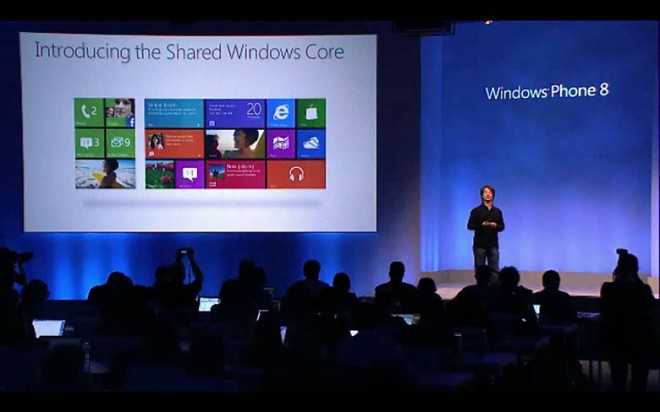 WP7.8 brings some of the features of Apollo to the older handsets. For example, Lumia 800 will get the new Start screen through WP7.8. Windows Phone 8 will bring multicore support (up to 64 cores actually), 720p screens support and it comes with a shared kernel with Windows 8 and Windows RT. NFC and an e-wallet feature are also on board and among the first partners who’ll launch WP8 devices there’s Huawei, Qualcomm, Samsung, HTC and obviously Nokia. The latest Windows Phone integrates Nokia Maps with support for offline maps and turn by turn navigation.

WP8 will arrive this fall, with Windows 8, Microsoft Surface tablet and the first bunch of handsets with the new OS on board. There’s also a slight interface change, that brings 3 sizes of tiles: small, medium and wide (as big as two medium tiles). More of that in the video below: