Engadget managed to preview the Xbox Live section of Windows Phone 7 and showed us all of their experience, through the video below. In the meantime, we learn that Microsoft announced the full list of launch titles for WP7 handsets, including famous franchises like Castlevania, Halo, Star Wars, Crackdown and Guitar Hero. 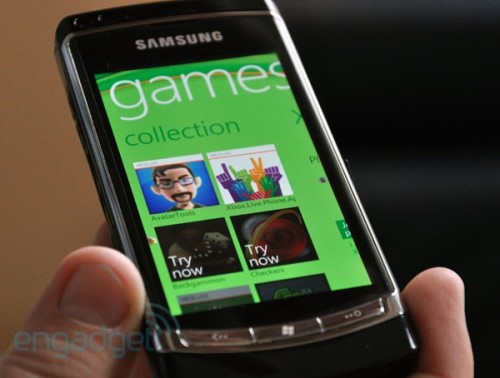 Overall, we’ll see around 60 game titles in Xbox Live Marketplace at the time of the debut and tons more in the months to come. Xbox Live will be perfectly integrated into Windows Phone 7 and will allow users to customize their 3D avatars, that are also interactive and accompanied by many utilities (flashlight apps and levels). 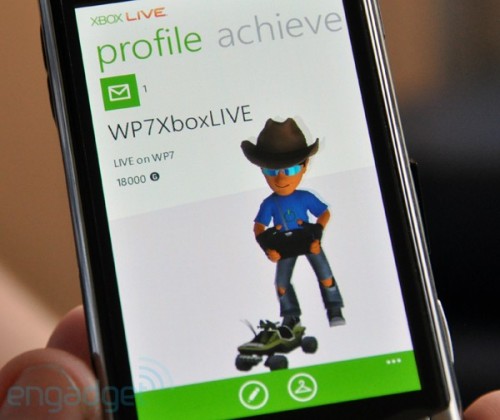 There’s also a social networking side to this section of Xbox Live, allowing the user to message friends, create friend lists, check out achievements and leaderboards, plus make friend comparisons. Just like in the console version, you’ll get to try games before you buy them, thanks to the demos available. Engadget’s experience with the gaming side of WP7 involved a Samsung Taylor prototype developer phone and an LG QWERTY model, that looked and played very nicely.

The 3D graphics were stunning and we found out that developers implemented both touch and QWERTY controls for their titles. Also, there’s a nifty feature in Crackdown 2: Project Sunburst, for example, that utilizes Bing maps to create levels. More details about the experience can be found here.