The Xiaomi Mi3 and the new Meizu smartphone are the most awaited Chinese smartphones of the year and the former has now leaked in the picture you see below. We’re dealing with more of a phablet here, since the diagonal size is 5.5 inches. 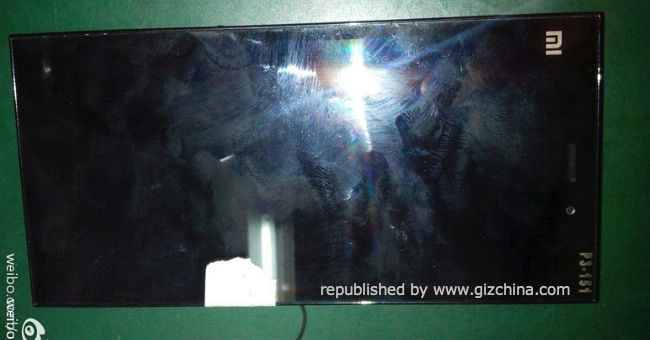 The device packs a 5.5 inch Full HD display and seems to adopt an angular design, as previously shown by a leaked picture of its front side. The Xiaomi Mi3’s specs have changed quite a bit from what we already knew and now this is supposed to be a 5.5 inch smartphone, which is quite a jump from the current Mi2S and its 4.3 inch screen.

The most shocking part about the specs is the quantity of RAM expected here: 3 GB, apparently. The rest of the hardware stays the same as we last left it, including a 13 megapixel camera at the back, a 5 megapixel front shooter and a 3600 mAh battery that would certainly make the Galaxy S4 jealous. Built in NFC and new HIFI quality stereo complete the list.

Expect a launch of the device on August 16th.