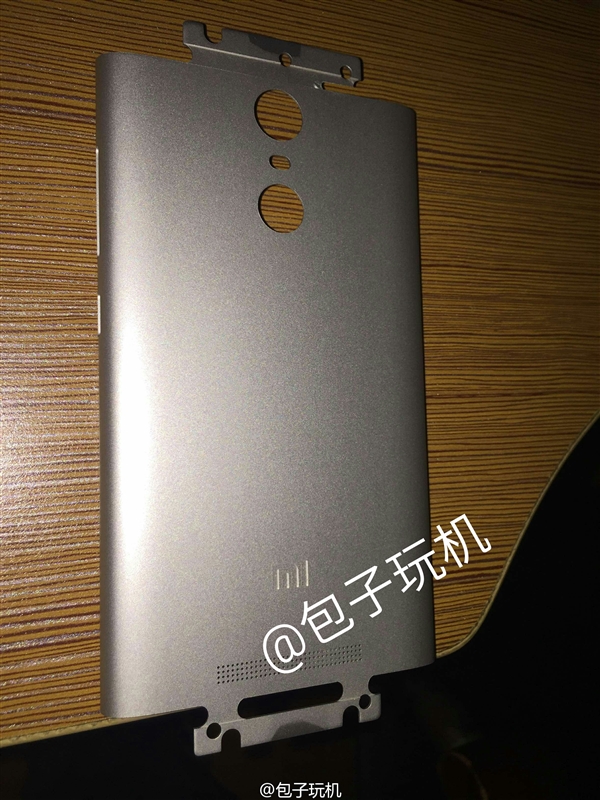 It’s no secret that Xiaomi is preparing the Redmi Note 2 Pro handset for release, with a leak showing us some details here. Today we learn more about its features and a potential price tag, plus we get to see the back shell.

The device will get a fingerprint scanner at the back and will also use a metal shell, according to new sources, close to Xiaomi. This model may be meant as a response to the Meizu Charm Blue Metal, that’s both affordable and well specced. The Redmi Note 2 Pro is said to be priced at around $158. Rumors also say that the top and bottom of the phone won’t be made of metal, to avoid signal problems.

This model’s shell shown above has a cutout for the camera, flash and fingerprint scanner, as well as the speaker at the bottom. It seems to snap onto the body somehow, leaving room for plastic areas. Rumors also talk about a 13 MP back camera, a 5 MP selfie shooter, a 3060 mAh battery and Android Lollipop with MIUI 7 on top. A MediaTek CPU and 2 GB of RAM should also be here.