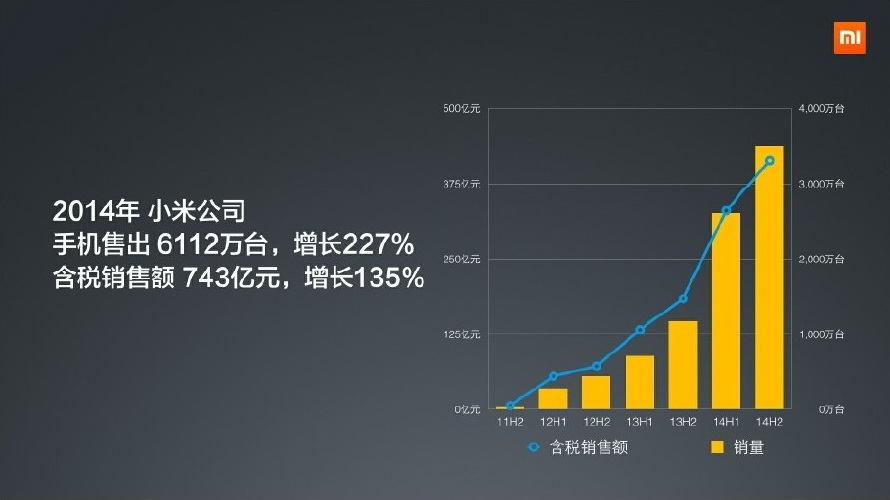 If Samsung is the one that has to suffer on the Chinese market, then who else to benefit than Xiaomi, company that today revealed its financial data for the past year. Thereby, while Samsung committed some losses, Xiaomi managed to get even higher on the market. 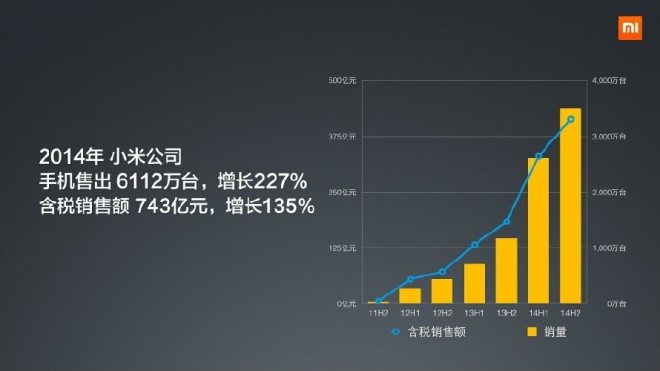 According to a recent update made by the CEO, Lei Jun, 2014 was the year when the company shipped almost 61.12 milion smartphones, number that represented a 227% over year raise. We also get to know some numbers about the total revenues made by Xiaomi last year.

The total revenues collected by Xiaomi in 2014 were about $11.97 bilion, amount that represent a 135% raise compared to the 2013 situation. As we already know, Xiaomi is currently trying to become one of the world’s most valuable company having as support a lot of investors.

Beside the budget phones, Xiaomi also plans to extend its business on other markets too, at the moment India being first on the list. Even if the 4 years behind Xiaomi’s experience on the market seems to be just a few, the Chinese company manages to to something that other producers only dream about, more precisely huge smartphone sales. How do you see Xiaomi in 2015?