Last time I heard about Windows Phone in China it was on the occasion of the arrival of the Nokia Lumia 800 in the country. It generated queues and quite a bit of hype over there and now there’s a fresh Windows Phone device to get excited about in China. I’m talking about ZTE Tania, pictured below. 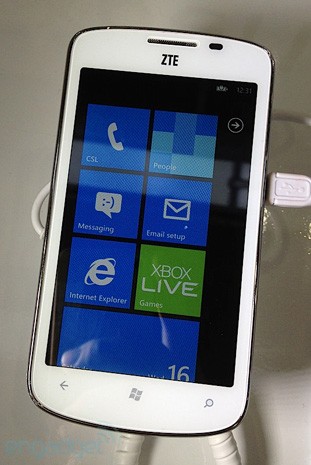 This is a lower end model, that should be about $150 or even $200 cheaper than the Lumia 800, off contract of course. I knew ZTE Tania as a 1 GHz device, but now it’s revealed with an update of CPU, bringing it to 1.4 GHz. It also comes with a 4.3 inch 480 x 800 pixel screen, 512MB of RAM and 4GB of storage, without the possibility of adding extra memory. From what I know that ZTE Tania already debuted in some parts of Europe, so it’s strange to see it taking off in its homeland later than anyplace else.

At the back we have a 5 megapixel camera and the handset comes in black and white if you’re interested. The handset runs Windows Phone 7.5 Mango and will probably be one of the models that won’t get Windows Phone 8 Apollo.