ZuneHD has recently been shown off in action again, revealing an Apps section in the Marketplace tab. We also found out that an SDK should be available soon, meaning that developers will be able to play with Zune’s software pretty soon. 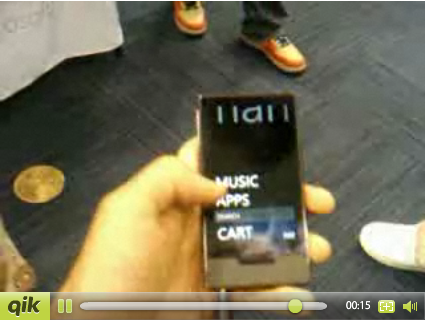 In other rumours, from the Zunited forums we found out that Zune HD might support a brand new App Store, with a name that’s yet unknown. Full Xbox inter-connectivity is also an interesting topic lately, since it seems that the upcoming PMP will sync with the console, specially when it comes to gamer tag, messages, friends, requests and more.

A games marketplace is also part of the rumour list, with a bunch of titles ready for launch of Microsoft’s PMP, as well as a “one touch shuffle button that shuffles all the songs on the device”.