We’ve heard about a man who wrote a pretty neat book on his Nokia handset, but now we’ve got another example of exercising “talent on the go”: Peter V. Brett wrote a 400 page best-seller on his Windows Mobile smartphone. 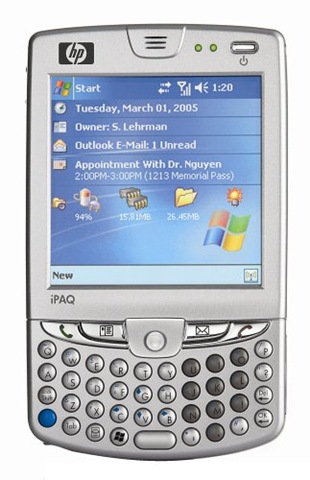 The book is the UK best-selling “The Warded Man” and it was written on an iPaq 6515, as the author was travelling to work and back. Peter V. Brett bought his phone back in 2005, when it was hip and cool to own such a device and his choice was made based on the fact that the phone ran Microsoft Word.

Also, the author loved the handset’s keyboard and the ability of syncing the device to his computer, then working on the document on his desktop. Peter V. Brett claims that he usually spent an hour and a half travelling by subway, enough time to start writing and stay productive on the go.

The writer even set a goal for himself: 1000 words per day and at least 800 of those were written while travelling to and from work. Now show me a man who can do that on the iPhone!