Sometimes, officials forget that they’re not supposed to talk about products that haven’t seen the light of day yet, so they go out and leak info, like Ted Morgan, Skyhook founder and CEO did with the Xperia X2. 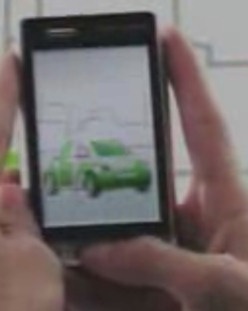 Mister Morgan allowed info regarding Sony Ericsson Xperia X2 to slip during an interview with Giga-om, by claiming that his company has been trying to implement business for location based services on the X2, but they lost to Google’s free alternative of the same type. We also learn that the Xperia X2 will be a Windows Mobile device, but this is where speculations end.

Now, what’s next? A leaked slide of the Sony Ericsson’s future Xperia? Oops, that was already done, as you can see in the picture above.