Sometimes imminent launches are hinted at via XML files, like the one on the LG site, proving that the LG GT500 handset, also known as Puccini is heading to Canada and will hit Rogers. 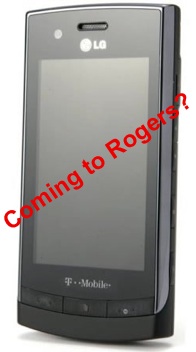 LG GT500 Puccini will be made available by T-Mobile officially this summer, with specs that remind us of LG Secret. We’re dealing with a slim device (12mm thin), weighing 86 grams and packing a 5 megapixel camera with autofocus, flash and support for video recording.

There’s also a GPS on board and a 3 inch touchscreen with a 240 x 400 pixels resolution.