Since Lenovo and Toshiba Fujitsu have WP7 device, why shouldn’t Acer get a piece of the action? That’s what they did, by announcing the Allegro WP7 Mango device for the French market. This is their first attempt at a WP device, so we’ll have to give them credit for the first try. 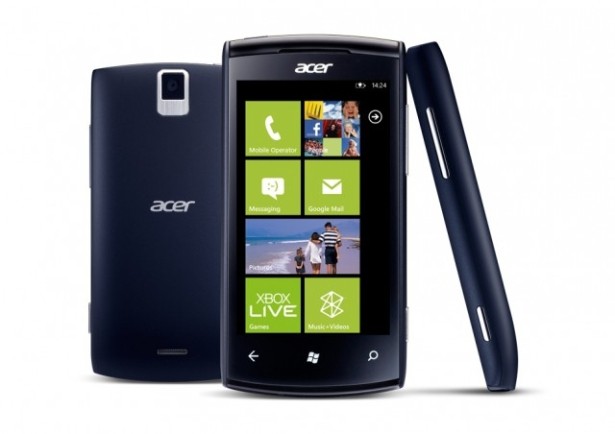 The result is a seemingly cheap device, that looks affordable and mediocre in specs. We’re dealing with a Mango handset that has a quite unique feature: very fast charging. This model uses the Fast Charge technology to charge its 1300 mAh power source to the highest level 2.5 times faster than any other rival tablet or smartphone.

I must also mention that the specs of this unit are predictable: 3.6 inch WVGA display, Qualcomm 1GHz processor, 8GB of memory and a 5 megapixel camera with LED flash. There’s also Bluetooth 2.1, WiFi, a bunch of sensors and a case that measures 13mm in thickness. Acer Allegro weighs 126 grams and it’s scheduled for debut in mid-November in France with a price tag of 299 euros.