A tipster recently announced the guys of Phone Arena that the next week will finally bring the Android 4.0 update to the Motorola Droid RAZR, RAZR MAXX and HTC Rezound. Now, we have some hints that this is actually going to happen. First thing, Motorola started sending out its usual emails to members of the Motorola Feedback Network. 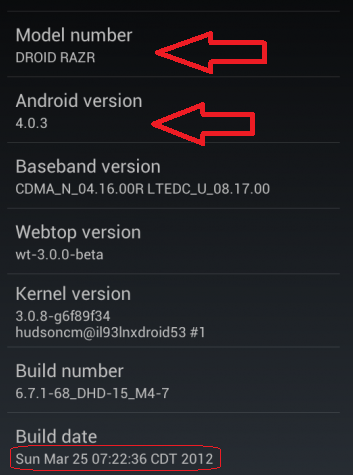 Moto is seeking owners of the Droid RAZR and the Droid RAZR MAXX to take part in a soak test. The soak test involves a group of volunteers testing a software update on their handsets, so they’re taking risks here, for the sake of the general use. By doing the test, Motorola can analyze the evolution of the update installed on handsets and find all bugs and problems. If bugs appear they will be limited to the trial phones and won’t appear on all the devices. These may just be maintenance updates, but odds are that it’s the big old update to ICS.

Other evidence of the software identity is the leaked Android 4.0.3 build for the Motorola Droid RAZR, appearing on DroidRzr.com Forum and then getting pulled when the methods of flashing the software didn’t work. Version number is 6.14.75 and people who already flashed the software are saying that the update comes with new webtop software and a new UI for Android 4.0. I guess we’ll see the official package next week!