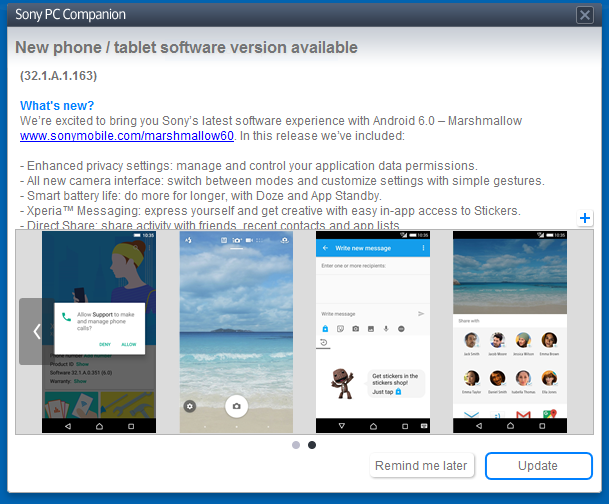 Just a couple of days ago we found out that Sony started to update the Xperia Z5 range to Android 6.0 Marshmallow, update that arrived only in Japan. Well, today we’re starting to see the new Android version making its way to other regions too, information revealed by a lot of sources.

The firmware in case carries the 32.1.A.1.163 number, being available for Xperia’s Z5 full range of devices, starting from the standard 5.2 inch device, and up to the Compact and Premium variant. At the same time we get to know that this software package includes some of the February security patches, while keeping the same Android 6.0 version.

We already know that among the novelties brought by Android 6.0 Marshmallow we have a better control to the app permissions, and also the Doze mode that saves power while the phone is in stand-by. You should know that this update will soon arrive on Xperia Z4 Tablet, as well on the Xperia Z3+ smartphone, information revealed by @SonyMobile Twitter account.