BBC will be launching a top secret phone developed by IA Technology and it turns out that it uses “the world’s first fully accurate voice recognition system for cellphones”.

Also, the device relies on the Zumba Lumba Internet portal, that holds all of the phone owner’s contacts, so in case the handset gets stolen, the thief won’t be able to use it. 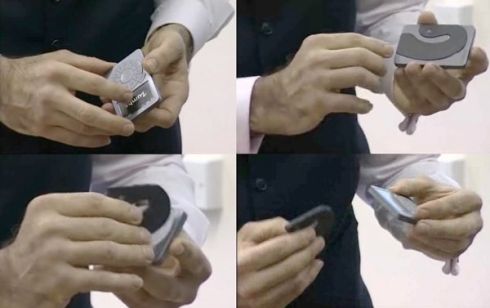 We’ll probably see the phone arriving before Christmas 2009, but I’m guessing it’ll reach the pockets of bigshots, since it’s so secret and mysterious. Its specs are unknown, but head over to the BBC link below for a more detailed video about the device.