According to Wall Street Journal, Dell might be prepping a hot new smartphone, that packs a touchscreen and may arrive in two flavours: Android and Windows Mobile. This is just one of a long series of brands that have decided to go the handset way and showcase their products at the upcoming Mobile World Congress 2009. 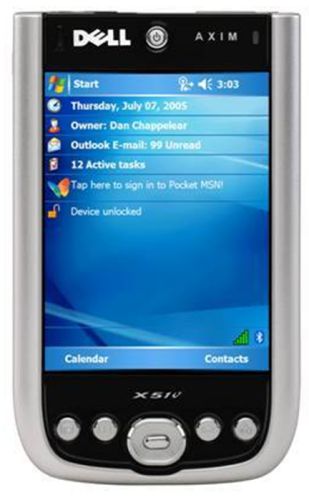 Just a couple of days ago, Acer announced its intention to enter the smartphone biz, through a surprise release of an uber-device, while i-mate plans to use the acquired E-Ten company and their experience in order to pull out a brand new product.

Since Dell has to be content with being number 2, as far as the PC business goes, as HP is the most important computer manufacturer, they might expand their area of expertise, under the supervision of Michael Dell.

The inspirational man returned to the company he founded in 2007, in order to help it evolve and expand. Back to the Dell device, everyone’s expecting a touchscreen wonder with Android board and maybe even some Nvidia action, in order to compete with those hot HTC smartphones that will rock the industry this year and of course the iPhone.