Good news for fans of RIM and BlackBerries: it appears that BB OS 10 will arrive on time and it’s being tested by over 50 carriers right now. That would explain the impressive number of leaks it had recently, since one of the carriers’ employees was bound to take a picture and post it on the web. Anyway, RIM’s shares rose 9% today after the news was out, that it will deliver the OS early next year, as promised. 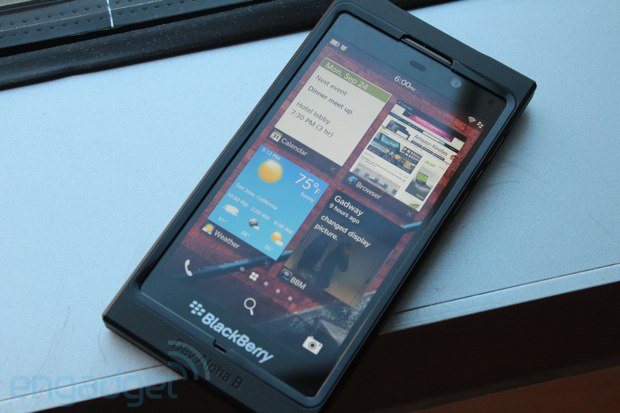 BlackBerry 10 OS has passed a critical milestone in development, so developers have been working hard and achieving success when it comes to this evolution. The new platform truly feels like an evolution, one fit to rival Android and iOS right and maybe claim the third spot, beating Windows Phone to it. BlackBerry 10 will run on a smaller number of devices, so RIM will launch less models, but more flagship-like, with high end features. They will offer a modern web browser and social networking integration.

The software will offer users the option of accessing email with a single swipe from any app, basically switching between personal and corporate modes very easily. RIM’s CEO, Heins says that there’s still a lot of work to be done, since developers must be convinced to make apps and also corporate customers must be convinced to make the upgrade. I look forward to seeing that all in one inbox, social interaction and cool predictive keyboard.