Nothing surprises us any more as far as RIM is concerned, now that the 2010 BlackBerry roadmap has been leaked, maybe aside from some pictures of the upcoming devices. Among them there’s the BlackBerry Bold 9800 Slider, shown in the image below, complete with AT&T branding. 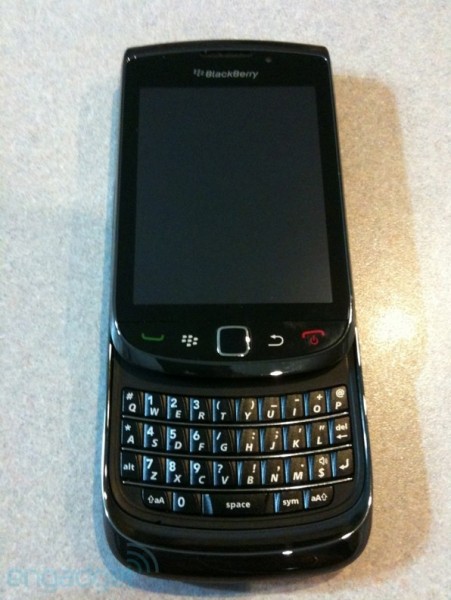 For a quick recap, we remind you that the 9800 features BB OS 6, a 5 megapixel camera with flash, 4GB of internal memory, 512MB RAM and a HVGA touch display. WiFi b/g/n is also on board, together with 3G connectivity (world roaming bands), GPS and sliding design, that’s new to the BlackBerry world.

As far as the software is concerned, we learn that usability and looks have been upgraded, thanks to larger icons next to items, for example. The software version listed is 0.9 without Platform info, so this is some pre-release stuff or something. Back to the handset, it sports a 1270 mAh battery, a smaller unit than the 1500 mAh one included in the Bold 9000 and other similar phones. 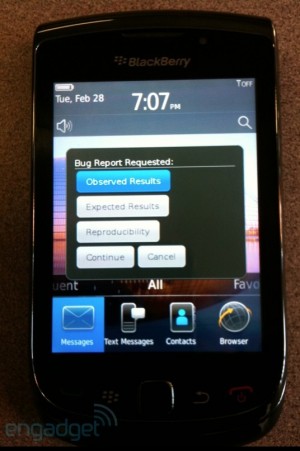 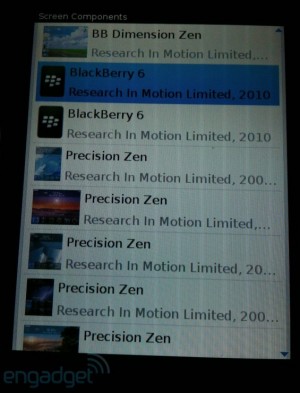