The BlackBerry L Series device also known as the BlackBerry London has been spotted yet again, this time in a video, that’s shown below. It comes from a source in Vietnam, that got some minutes of quality time with the device. This model is the same one pictured this week in detail, but this time we get to see what’s under the hood. 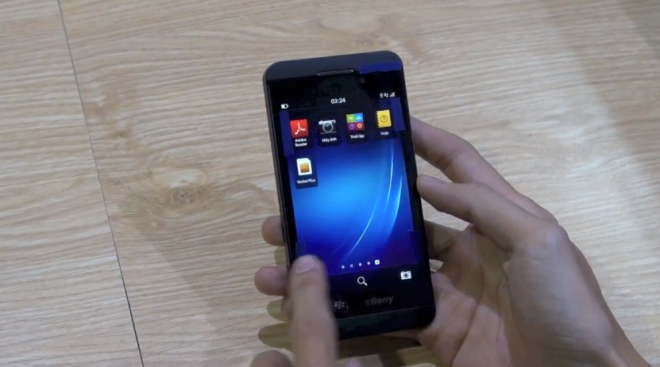 The device looks elegant, resilient and slim, plus its back looks like the soft touch area of the PlayBook tablet. The battery cover is relatively easy to remove and reveals a battery that’s half the usual width of batteries on handsets we review here at GSMDome.com. The BB 10 Os is already a familiar presence, since we’ve seen it in action a bunch of times already. We spot the side swipe move to reveal the notification/communication area and a swipe in the opposite direction to reveal the app list.

The BlackBerry L Series display is a bright one and the camera interface is simple and clean. There’s also a comparison in the video between the device in its natural state and the prototype model all covered up with that special case. There’s no trace of lag and the camera is very discretely integrated and we even spotted some interesting apps installed on the smartphone.