Some pictures showing a BlackBerry device that could be the Onyx have just surfaced on the web and we know that this is a 3G GSM handset, a smaller version of the BlackBerry Bold. 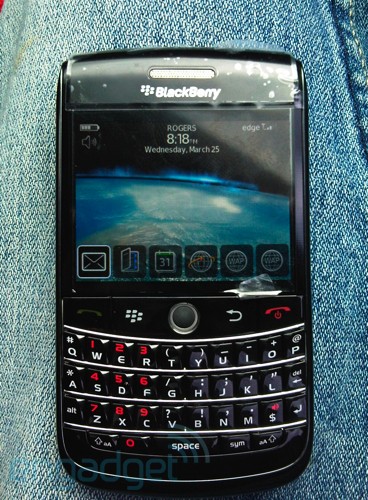 Onyx also borrows from Niagara/Tour, when it comes to design and we’ve found out that it should hit AT&T at some point, but also T-Mobile, bearing the name of Driftwood and supporting UMA. Engadget Mobile claims that this is a prototype and we shouldn’t fret regarding its launch, specially with all the new BlackBerry models surfacing lately.