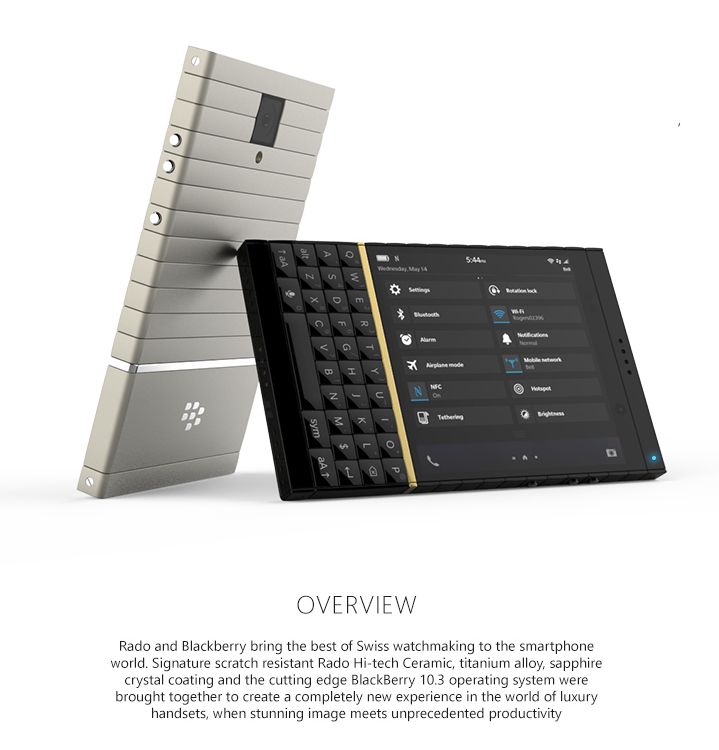 I must admit I hadn’t heard about the Swiss watch maker Rado before seeing today’s BlackBerry concept phone. Well, now I’m familiar with it and I’ve also learned that Rado is a maker of luxury watches that was formed in 1950. The BlackBerry Rado Sintra concept phone combines what’s best from both companies. 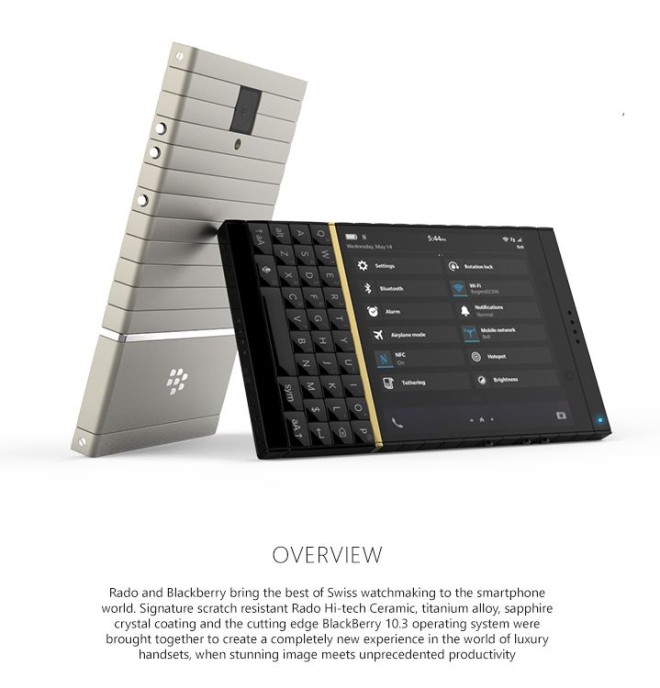 It’s a series of renders created by designer Andrew Zhilin, who did a great job here. The handset comes with minimalistic metal buttons and also a very hot looking body. The product relies on Rado Hi-Tech ceramic material, as well as titanium alloy and sapphire crystal for the coating. The Rado Sintra runs BlackBerry OS 10.3 and uses something called a Phantom Keyboard, with keyboard symbols that only appear when the phone is awake and fade out when the phone is not used. 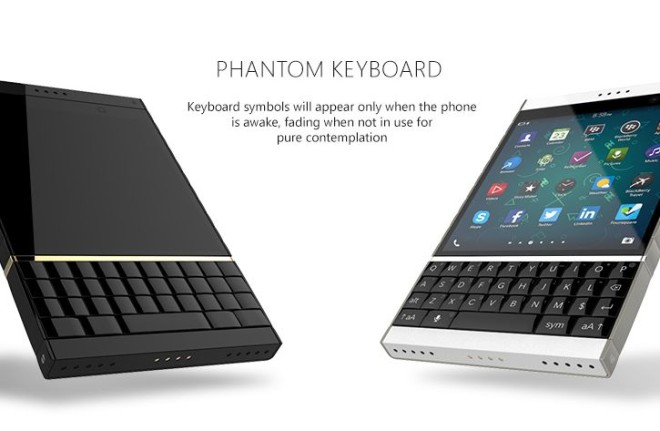 Another nice trait here is the pair of gullwings, much like the Mercedes Benz McLaren cars, only these ones hide the microUSB port and SIM card slot. I should mention that the QWERTY keyboard buttons are made of Gorilla Glass 4 and have symbols treated underneath. Dual speakers with high resolution audio are also included here.

Now this is a model that would make a Vertu jealous and it even has a special Concierge service, like the Vertu. Only a concept, sadly… 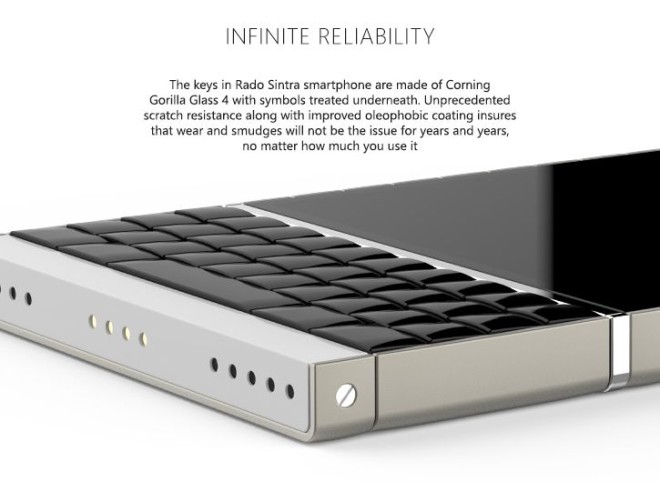 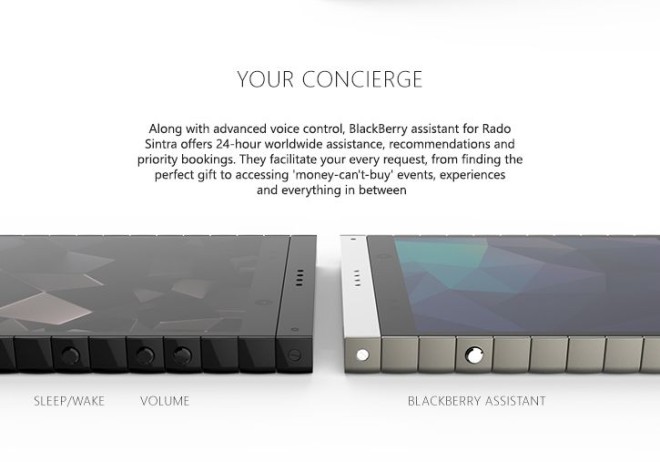 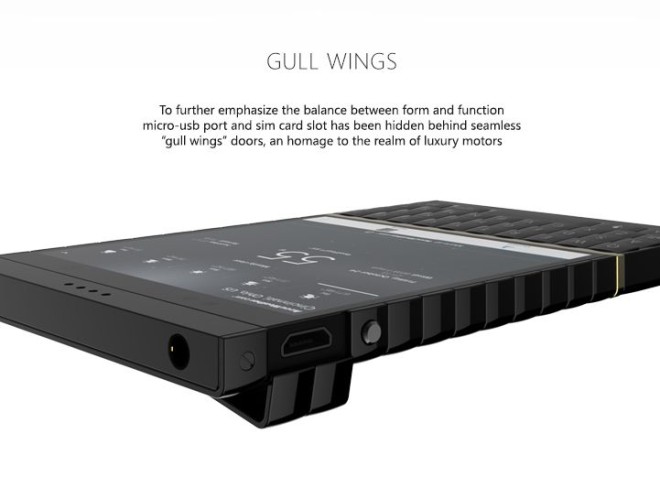 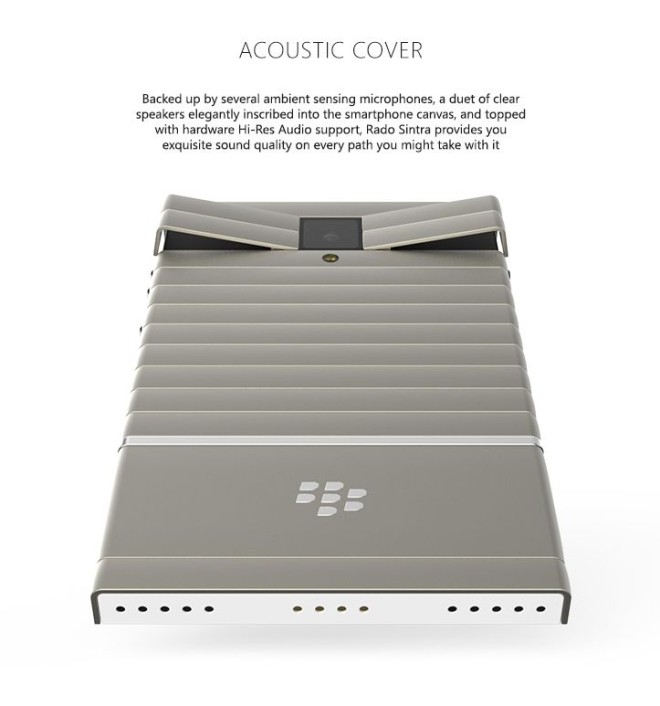