Vodafone UK and RIM have just announced the BlackBerry Storm 2 smartphone, the follow-up to the mildly popular BB Storm, considered one of the main Apple iPhone contenders. One of the main drawbacks of the first Storm was its SurePress technology, that’s also present on the new device, but with improvements. 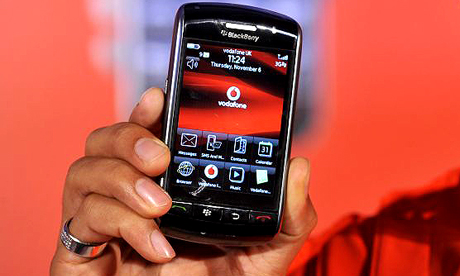 This technology requires the user to press down the screen, instead of simply touch it, so this complicates the simplest of tasks, like sending emails. However, Surepress has been upgraded on Storm 2 and it’s much easier to use, specially by people with big fingers who accidentally sent mails on the first Storm.

Another modification can be noticed in the design department, since now the answer call, end, menu and back buttons aren’t physical keys any more, but rather touch sensitive items. Also, the side keys that were troublesome on the first Storm are now more durable and rubbery. BlackBerry Storm 2 should be available now on Vodafone with £30 a month contracts.