This is the average American’s to do list for today: buy BlackBerry Bold from local AT&T store and vote for Obama or McCain. The Bold smartphone has been released a few hours earlier than scheduled and you should expect to see a queue in front of the stores selling it. However, there’s the option of ordering the handset directly from AT&T’s website, but still, you’ll have to leave the house to go and take your vote.

Who’ll be the president to witness the launch of the iPhone 3? 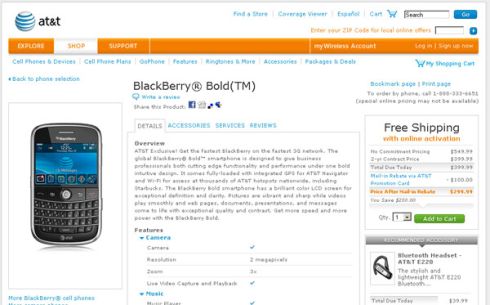