You might have heard that China started blocking shipments of essential minerals to Japan a month ago and apparently it’s preparing to expand the embargo to the US and Europe. It’s important to mention that China mines 95% of the Earth’s rare minerals, so their importance as a commercial partner is crucial. 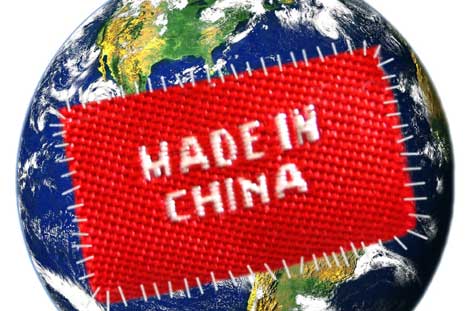 Such minerals are used in various fields, ranging from military applications to cellphone production. The info about the embargo comes from an earth industry official from China, who remained anonymous, fearing consequences. Once the supplies are cut off, Europe and the US will be forced to look for other means of getting their rare minerals, making prices grow and the public buy more “made in China” stuff.

In the long run, we could see Nokia selling handsets with the “made in China” label, that would confuse the public over the quality of these devices and put them on par with a clone like this. Also, folks will start preferring the Chinese clones, so instead of the iPhone, that will become more expensive, they’ll choose to buy this clone.

It’ll all turn into a clone war, as China keeps the “goodies” to itself and exports finished products instead of raw materials. For now, Chinese officials deny all, but the future will show us if the embargo is real or not.