The famous Nokia N9 was due for an update of its MeeGo OS soon after its debut and it appears that the update has come, but only for the Chinese version of the phone. While the majority of N9 units are waiting  for the PR1.1 update, that is rumored to bring over 3000 features, it appears that in China the PR1.2 update is available. 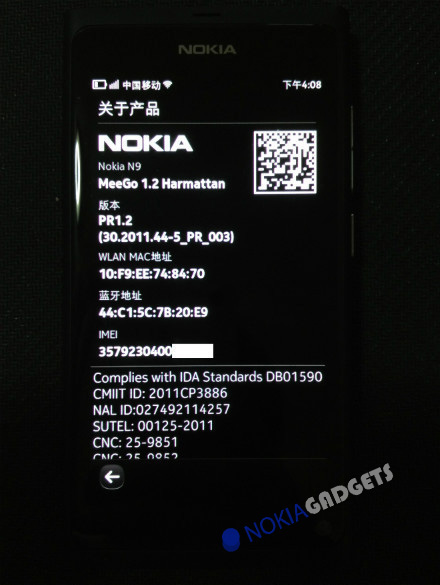 Among the functions included there’s updated swipe functionality, improved boot speed, Chinese language and much more. Till now, the models spotted running the new OS were black N9s in the 64GB version. This could be the PR1.1 update in a specific China-only version, or simply the new and improved PR1.2.

If you own a Nokia N9 feel free to comment below and detail your experience with the update. Did it fix the bugs for you? Did it make the handset get rid of the lag? Did it fix that annoying Facebook app and its problems? Also, does it implement extra swipe gestures?