If Asus can make an Eee phone and HP can manufacture really good smartphones, why can’t Dell play in this league too? Kaufman Bros. analyst Shaw Wu recently found out that Dell is preparing to launch its very first smartphone, following two years of picking the component suppliers they’ll work with. 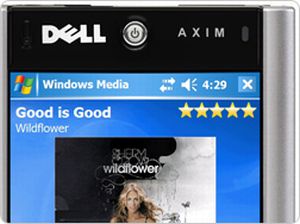 Specs are a mystery, but the handset will probably use Windows Mobile software, since the company worked with Microsoft before (Axim PDAs). Another hint at this launch is the fact that Dell hired a former Motorola cellphone division chief in order to boost its project.

It’s strange to see that Dell will play its part in the migration from notebooks to smartphones, that has been going on in the past years, since they manufacture some pretty good portable PCs. Also, Dell might want to acquire a software company, in order to stun the world with an in-house OS, following Apple, RIM and Palm’s lead. The three companies develop their own software and hardware and look where they are now…

Can Dell reach this status?