Following the announcement of the Nokia – Microsoft partnership, a couple of events took place. For one, Nokia stocks dropped 10%, while the fans of the company showed their divided opinions (screenshot below) concerning the video with the official words of the two CEOs: Stephen Elop and Steve Ballmer. 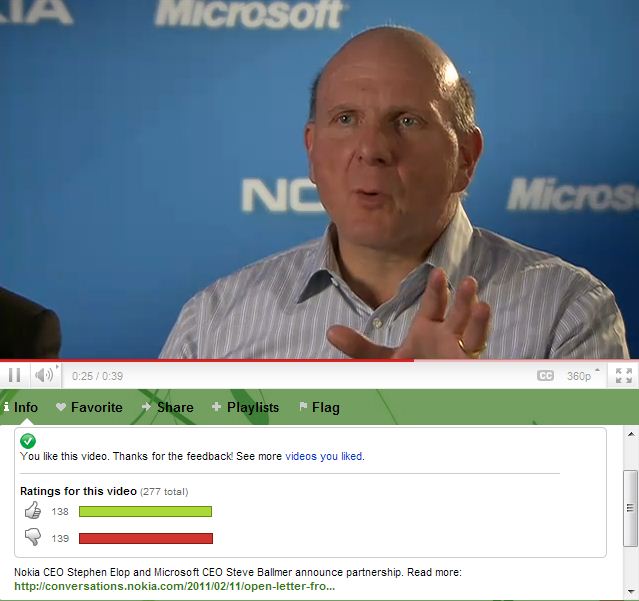 If you’re into symbols and numerology, know that the historic announcement came on 11.02.2011 (1102 is 2011 reversed) and also, today is the birthday of Thomas Edison, as Google points out by changing its logo. Getting back on track, one should patiently wait for a Windows Phone 7 Nokia unit, since the two giants involved in the cooperation will first go through a period of transition, as shown by Engadget.

2011 and 2012 will be the years of getting to know one another, but that shouldn’t take long, else the public’s enthusiasm (and the one of developers) will diminish and both companies will slip downhill again. Right now, we bet that some people involved with Symbian and MeeGo are scared for their jobs and wondering what the future will bring. They’ll probably enter the Windows Phone 7 ecosystem, but there’s always the Android or webOS side to migrate to.

Since we’ve mentioned Android, not all is lost on that field, as Eldar Murtazin (famous for his Nokia inside stories) claims that Nokia devices with this OS might come as soon as 2012. Since today went well for Stephen Elop, current Nokia CEO and former Microsoft official ,thought it was nice to answer Vic Gundotra’s evil remark from days ago: “Two turkeys don’t make an eagle”. Gundotra is a Google official and his tweet kind of goes against the “Don’t be evil mantra”, but anyhow, Elop answered this way: “Two bicycle makers from Dayton Ohio, one day decided to fly”. He’s referring to the Wright brothers and their very first flying apparatus. 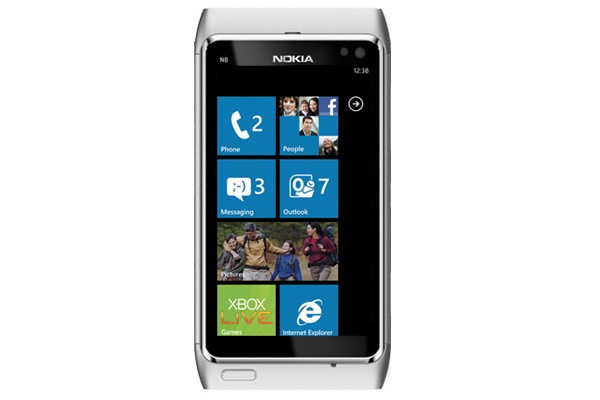 Microsoft and Nokia have all it takes to “fly” as well, since their engineers are skilled, MS has a pretty good platform on its hands (we’ve reviewed it twice and liked it), while the Finns are very good when it comes to industrial design, marketing and… fanbase. Microsoft will set a new standard for Nokia’s specs, meaning that we’ll finally see 1GHz (or more) smartphones with great cameras and enough memory to run WP7.

Whether or not we’ll witness the debut of a WP7 handset at MWC, it remains to be seen, but the sooner the better, that’s for sure.