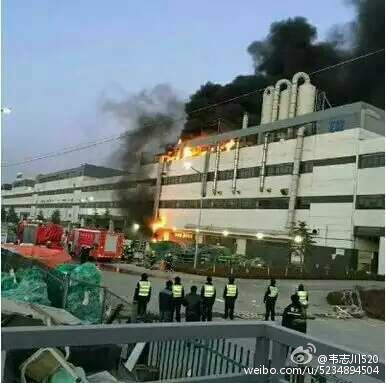 Over the years here on GSMDome we’ve wrote a couple of times about Foxconn‘s incidents, like fires erupted in Apple’s manufacturing plants. Well, such an unfortunate event happened again yesterday, moment when one of these factories broke on fire.

According to some information posted on Weibo, it seems that this fire started in the central air conditioning fan and ventilation ducts on the roof on one of Foxconn’s Zhengzhou plants. As you can see from the picture below, several floors of the factory were set ablaze, but in spite of this incident, there were no casualties with the production of iPhone devices. Also, there were no victims.

This seems to be a minor event, but years ago, more precisely in 2011, a similar fire killed three Foxconn workers, while 15 were injured. At the same time, this event contributed to a serious decline of iPad’s production.