General Mobile captured everyone’s attention at MWC thanks to the hot DSTL1 device running Android and packing dual SIM slots, but there’s more to this company than meets the eye.

Enter the DST 250, the handset you can check out the in poster below and known as “the smallest slider and double SIM mobile phone of the world”. 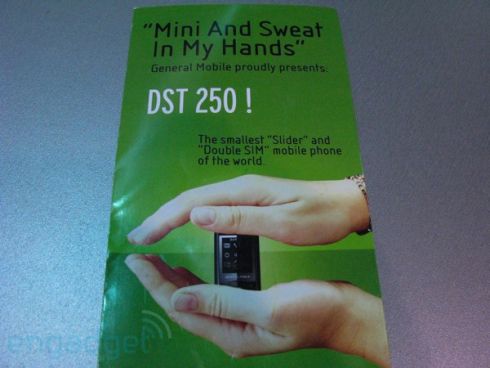 The whole “Mini and Sweat in My Hands” motto didn’t quite go through, or we didn’t catch the idea behind this phrase, but anyhow the device is promising. General Mobile also showed the public some Nokia Supernova knockoffs, an 8800 clone and a couple of other sliders that belong on the low end market.