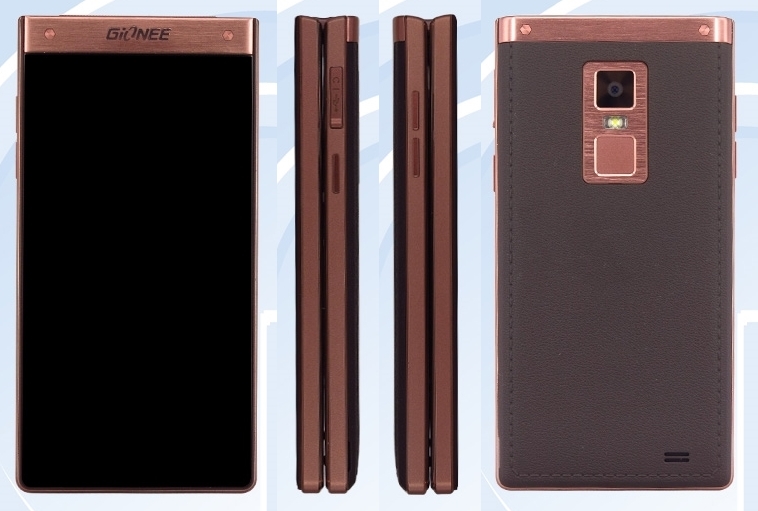 A couple of weeks ago we found out some screen captures with Gionee’s W909 results from GeekBench, phone that finally gets the TENAA certification. Thereby we’re now able to know a little bit more about its specs, and also to see how the phone really looks like. Well, it seems that we’re dealing with a flip-phone, one that comes with mid-range specs on board. 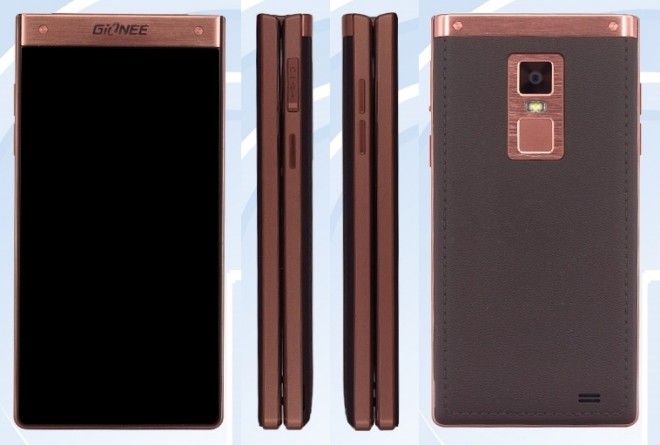 There’s two 4.2-inch TFT displays with HD resolution of 1280 x 720 pixels, an octa-core processor clocked at 1.8 GHz, 2 GB of RAM memory and 32 GB space of internal storage that can be expanded using a microSD card slot up to 128 GB. This device brings a fingerprint scanner on the back and a 16-megapixel front-facing sensor with LED flash.

Among other specs we have a 5-megapixel front-facing sensor, a microUSB v2.0 port, and Android 5.1 Lollipop operating system. From the dimensions point of view, Gionee W909 weighs 210 grams and measures 124.6 mm in length, 62.5 mm in width, and 16.4 mm in thickness when the flip is closed. The only thing we’re still expecting is Gionee’s official announcement.