If you’re Canadian and you haven’t gone to the RIM side, there’s always Windows Phone 7 to consider, maybe through the new HTC HD7 handset. This smartphone is coming to Bell Mobility on February 10, following the first WP7 device of the carrier, LG Quantum. 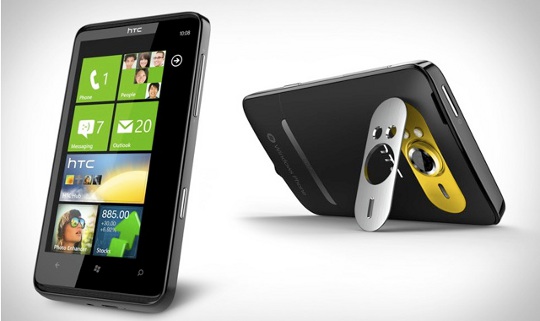 As far as specs are concerned, you might already be aware that HTC HD7 is a follow-up to the HTC HD2, so expect basically the same specifications and an improvement or two. The device doesn’t use a sliding QWERY keyboard like the Quantum, but it has some nifty features like the 1GHz CPU, a huge 4.3 inch display, WiFi, GPS, Dolby Mobile and SRS sound enhancement.

A 5MP camera is also on board, complete with autofocus and dual LED flash, plus support for HD Video capture. 576MB of RAM and a 1230mAh battery round up the specs and if you’re wondering about price, we have no info right now.