Fresh after finishing up the Nokia N9 review we’ve received the HTC Titan for testing purposes. The device is huge, it’s actually the biggest smartphone on the market right together with a couple of other models such as the HTC Sensation XL and the upcoming Galaxy Nexus, that’s actually 0.5 inches smaller. 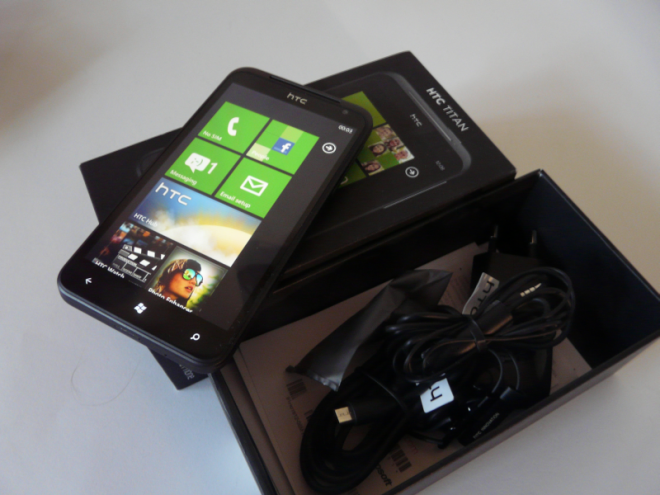 HTC Titan shows us a 4.7 inch diagonal screen, that makes me think of a ping pong palet rather than a smartphone. Moving on to the unboxing, inside the box we find the handset, a plastic cover, the charger, the microUSB cable, the headphones, manuals and a mini disc for installation purposes. I have to mention that this model runs Windows Phone 7.5 Mango and does that on the 480 x 800 resolution, that’s pretty much a failure for such a huge screen.

Also, the initial setup of the device takes forever, as you can see in the unboxing below. In the end, at least the colors are bright on this giant screen and I hope that I’ll be having fun with this Mango device, since it’s my first.