It was a leaky day yesterday, since not only the Nokia 800 reached the web through a major leak, but also the Nokia Sabre. Both are Windows Phone models that we’ve been hearing a lot about and recently Microsoft’s CEO confirmed that we’ll see a bunch of phones like these taking off during Nokia World 2011. 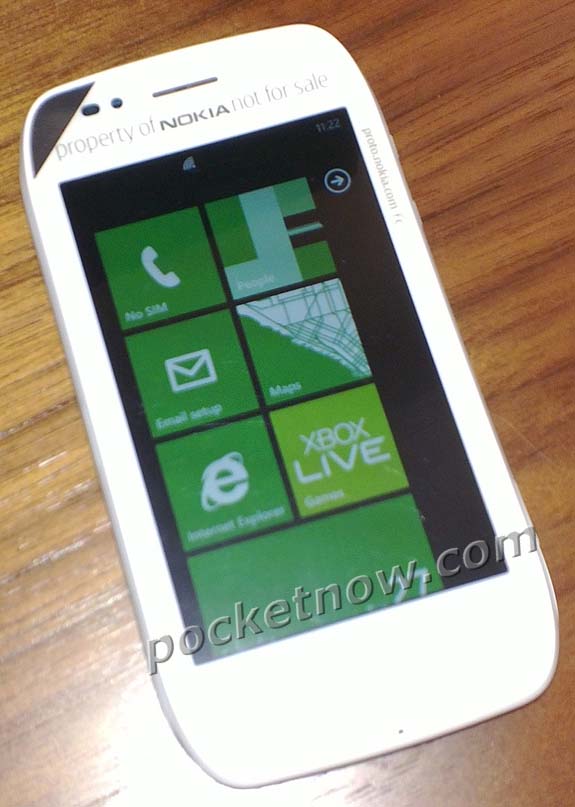 Nokia Sabre looks very much like a C7 model and supposedly comes with a 1.4GHz processor, 1GB of RAM and a 3.5 inch WVGA screen. There’s also a 5 megapixel camera on board and the price it will come with should be around $410 – $480. Although we can’t see them, the Home, Search and Back buttons should be present below the display, in the lower part of the phone.

Right now we have two devices ready to debut next week and we’re waiting for the Nokia Ace to leak as well, as the highest end model of the trio. Does any of these products interest you for purchase? Keep in mind that they’ll be running Mango OS!