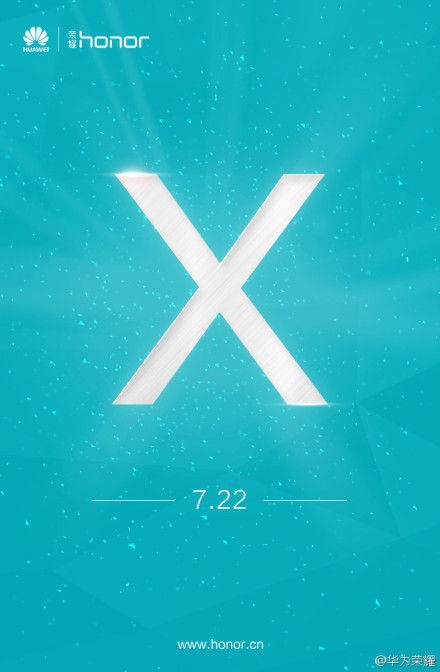 We wrote about the interesting coincidence of both Huawei and Xiaomi having an event on the same date and now that date is approaching. July 22nd has been confirmed today thanks to a press invite sent out to media outlets.

The event taking place next week will probably bring us a new Huawei Honor device and if the Chinese translation of the source link is correct, it may be the Huawei Honor X2. It’s certainly an “X” device, as shown by the teaser image above. In the meantime, also on July 22nd, Xiaomi is set to unveil its Mi4 handset, if all rumors are correct.

We’re expecting a least one large screen smartphone to debut next Tuesday, especially since a Huawei official mentioned previously that they were preparing a large screen product for launch. I expect a QHD model here, one that will put Huawei on par with other flagships, possibly with the latest HiSilicon CPU inside, 3 GB of RAM, a strong back camera and a very good selfie shooter. Don’t be surprised if the case is very slim and metallic. By the way, the name Huawei Ascend D3 also popped up in leaks recently. Could we see it on the 22nd as well?