Fresh after the iPhone 4 and iOS 4 were announced, we’ve learned that the iOS 4 SDK was out as well as iTunes 9.2 beta. Both will be needed, for some syncing action and the registration is being enforced. In case you’ve been living under a rock, here’s what iOS 4 is all about: 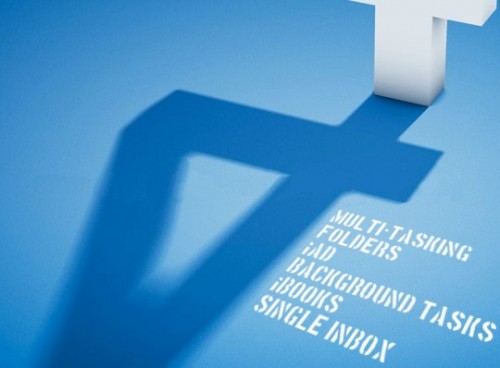 – iOS 4 debuts this summer, but a developer preview is available right now. The iPad gets iOS 4 this fall, while the iPhone iPod touch 1G won’t get it at all
– Thousands of new APIs are available in the OS, including many for hardware acceleration
– multitasking will be included, complete with double tapping of the home button, that will show running applications, an app-switching tray that pushes up the other home icons, the ability to switch between active apps and more
– iPhone 3G and iPod touch 2nd-gen won’t get multitasking
– 7 background services will be allowed: background VoIP, audio, location, push notifications, local notifications, fast app switching and task completion
– folders will be available, as stacks of apps

More details can be found here, in case you feel that iOS 4 suits your needs.