Days after being launched in China, the iPhone gets its very own local App Store debut, even if the handset lacks WiFi in this country. There’s already a popular app list available and among the most famous apps in China there’s a Chinese to English translator and dating software, according to Wall Street Journal. 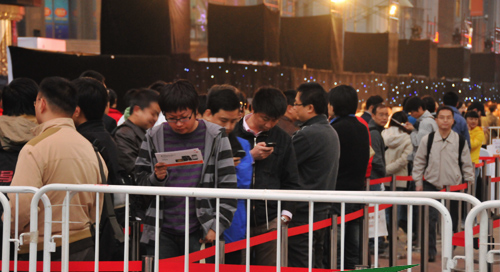 The App Store is quite popular in China, in spite of the fact that local carrier China Unicom sold only 5000 iPhones at launch. There’s also the drawback of the credit card, which must be issued by a Chinese bank, in order to buy the needed apps. A successful app in China is Sina.com, a web portal that allows the users to check out news updates and blogs.

QQ is also a popular piece of software, an instant messaging system and if you’re wondering about the games, Chinese iPhone users go crazy for Command & Conquer. The main issue with the App Store and iPhone sales in China is piracy and the huge number of black market handsets available there, plus the jailbroken units going for sale.

However, Apple estimates that it’ll sell about 550,000 handsets in its first year in China… Will they reach this landmark?