Even if Apple announced the new iPhone today, I still wouldn’t believe it, because this is April’s Fools folks and it’s hard to believe anything today. However, the image below looks rather tempting and it’s accompanied by claims that this is a new iPhone, a gaming-oriented one. 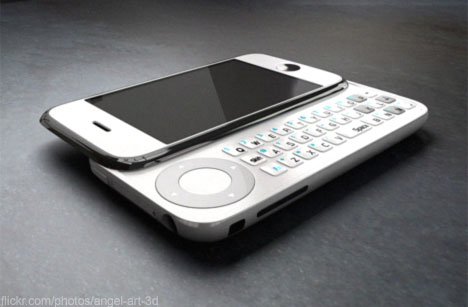 Let’s face it: the iPhone is a popular gaming platform, but it’s pretty crippled by its touchscreen, so the use of a keyboard and gaming controls would enhance its functionality. Also, everyone seems to be keen on a sliding keyboard iPhone, or at least they were when such concepts appear on the Internet.

Aside from the circular gaming control mechanism on the right, this handset features a couple of grey action buttons on the right for even more control during games. Add an analog controller to this package and we’ll throw away our PSP and Nintendo DS consoles.