We’ve just heard that Apple is making the beta iPhone OS 3.1 available for developers with the SDK included. Meanwhile, we have a look at the unofficial change log, with the hope to come across something really new and surprising. 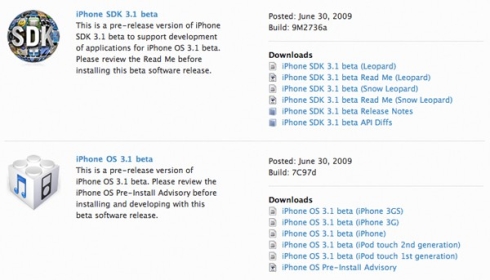 An anonymous BGR tipster (probably a developer) managed to make a list of the changes included in the fresh build. Among them there’s a new set of options for MMS on AT&T (no sending or receiving), non-destructive video editing (the edited video won’t overwrite the original one) and support for voice control over Bluetooth.

Last, we learn that users will be able to save video attachments in emails to their camera roll, but for more info be sure to check out this address.

[via BGR and Engadget Mobile]