After finding out that RIM pushed the release of BB 10 OS to 2013, one would think everyone lost interest in the Canadian company. Apparently, they managed to leak something important enough to stir interest again. I’m talking about a roadmap for future BlackBerry models with BB 10 OS on board. 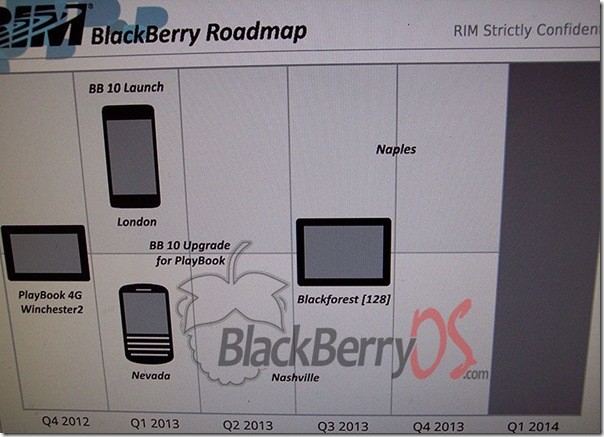 The first two devices with the OS on board, the BlackBerry London/Nevada will reach Europe in the first week of January 2013. A month later, they will come to USA, which is an odd thing, since BlackBerries are infinitely more popular in North America rather than Europe. The guys of Phone Arena are speculating that the “L” in the name BlackBerry London shows that this is in L Series phone without a physical QWERTY, while the “N” in Nevada stands for the N Series, with a BlackBerry Bold-style QWERTY.

Previously we had a leak talking about N and L series, but now it all makes sense. Apparently, BlackBerry London should have been launched this September, while the Nevada should have taken off in October, if it weren’t for the recent decision to push back the debut. The roadmap also mentions the 4G version of the BlackBerry PlayBook, coming in Q4 2012 and a BB 10 OS version of the PlayBook coming to the market in Q1 or Q2 2013. Hopefully it will get hardware upgrades as well.

In Q3 2013 we’ll see a 10 inch RIM tablet codenamed Blackforest, that will apparently offer an incredible 128GB of native storage. BlackBerry Naples is also on the list, as mystery device that doesn’t reveal anything about itself. 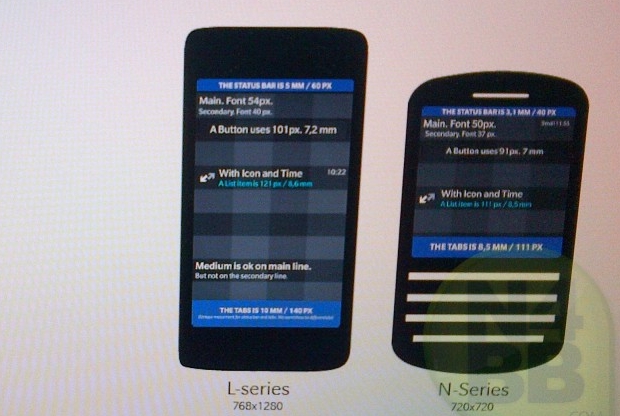