Believe it or not, Lenovo is a big player when it comes to smartphone, but not in USA and also not in Europe. They recently surpassed Apple in the local Chinese smartphone market and managed to jump from 7th place to second place in the first quarter. Shipments of smartphones in China, that amounted to 87 million units passed shipments of feature phones for the first time, as well. 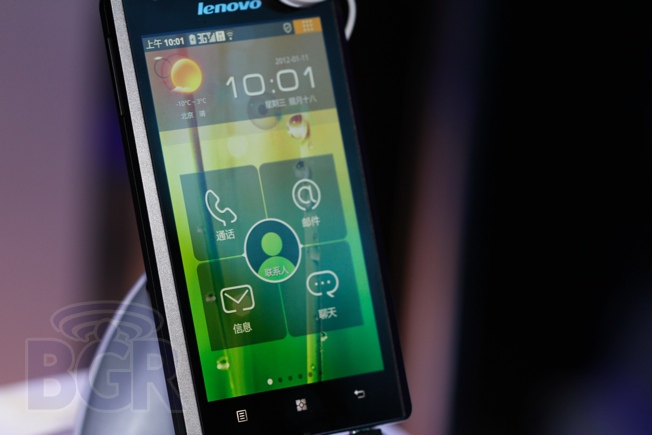 Samsung was responsible for over 50% of the shipments with 44.4 million units, while Lenovo scored 11% of all Chinese smartphone sales in Q2, says IDC Research. Lenovo’s jump was due to huge Q2 volumes through operators and their push into retail, relying on its PC retail stores and partnerships. Teck-Zhung Wong, an analyst in Beijing with the IDC said in an email to Bloomberg that Lenovo adopted these measures to attain this impressive volume.

Meanwhile, due to the anticipation of the iPhone 5 and also the fresh Samsung, HTC and ZTE phones, Apple’s sales decreased from 19% to 10%, making the company reach the 4th spot of the top 10 handset sellers in Q2. Samsung now has a share of 19%, the same as the one in Q1. You should probably also know that Lenovo is the world’s second largest maker of personal computers, behind Hewlett Packard.