Home LeTV LeTV Plans to Enter on the Indian Market Next Year; An Event... 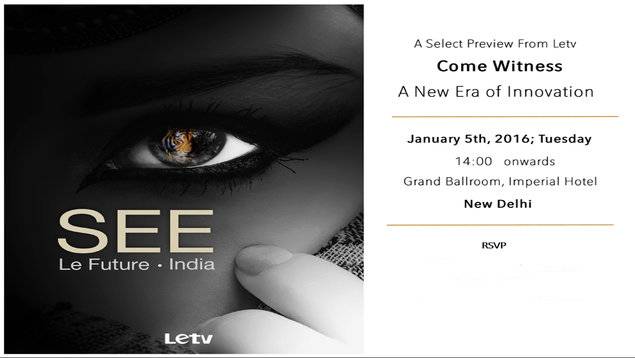 On the Chinese market we also have LeTV, company that owns a video online platform with the same name, a popular one in Asia. However, starting this year, LeTV launched on the market a couple of amazing smartphone devices like the LeTV 1s announced a couple of months ago. As you can notice from the invite below, LeTV plans to enter on the Indian market.

A press conference is planned for January 5th 2016. Starting this month, customers from India will be able to buy one of the following smartphones: LeTV 1, LeTV 1 Pro, LeTV Max, and LeTV 1S. Also, during CES 2016, the Chinese company will unveil the much-awaited smartphone called LeTV Max Pro.

In India we have at the moment several Chinese players like Coolpad, Qiku, Meizu, OnePlus, Oppo, Huawei, Lenovo and Xiaomi. Thereby, LeTV will need some serious marketing in order to conquer the market and of course, the consumers.