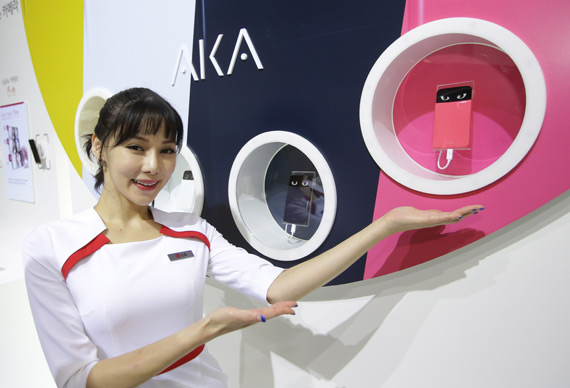 Yesterday, the South-Korean smartphone manufacturer LG Electronics announced a pretty interesting smartphone concept called LG AKA, device that was later showed up at the World IT Show 2014 that is held in Busan, Korea, between October 20 – October 23. Today, we get the chance to see some live pictures with the concept in case.

As we already found out, LG AKA comes with a nice replaceable housing that is available in four different colors (white, black, pink, yellow), and a pair of animated eyes that are changing their look depending your mood. In this way, the phone will see what apps and other activities you’re doing and it will show you some sleepy eyes, seductive or even a mad look. 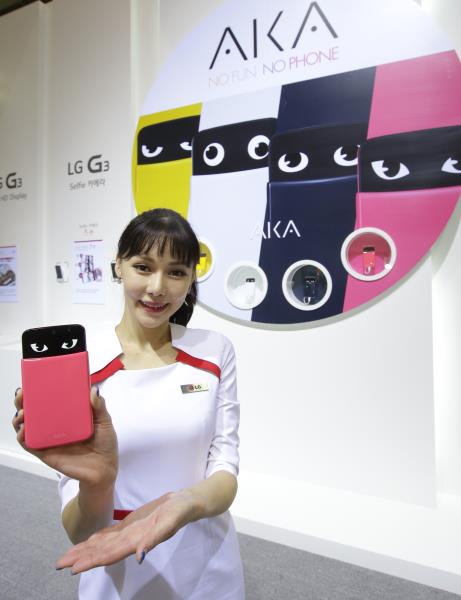 Even if for the moment, the LG AKA is just a concept, the phone is expected to be officially announced in Korea later next month, moment when we’ll get to know what specs we have inside that colorful body. 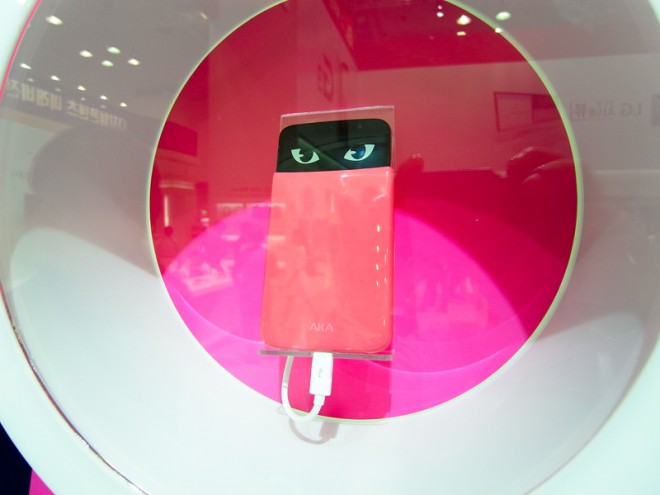