The LG Design the Future Competition is now over and the winners have been decided. We remind you that this is LG’s initiative, with the purpose of looking for the smartphone concept of the future. The handset maker partnered with crowdSPRING for the competition and the winner is the AL-i design, that we cannot show you, because of confidentiality reasons.

However, we can show you the second placed design, LG Premium: 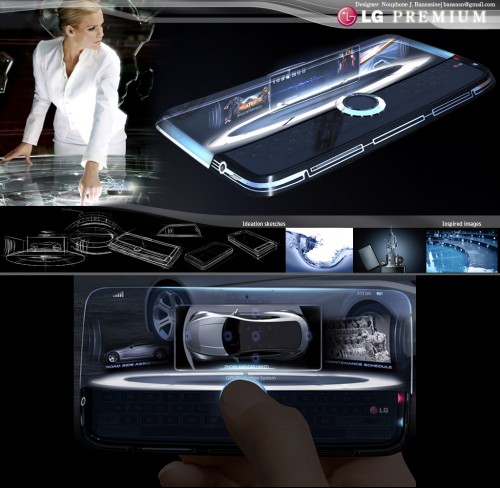 Back to LG AL-i, this concept was created by Zack Filbert, Chris Carpenter, James Connors, and Kees Luyendijk, who received $20,000 and Autodesk Alias Sketch software. These four designers are students in the same class at the Virginia Tech and the AL-i smartphone concept is based on one handed-use, as we’ve heard.

LG Premium, on the other side, was created by professional car designer Nouphone Bansasine and it’s focused on the interaction between phone and vehicle. Thus, the device can be used to control the car’s climate system, infotainment system, seat memory, tire pressure and more.