LG BL20 New Chocolate is a handset that we’ve seen pictured and specced quite a bunch of times lately, but that didn’t stop it from remaining off the record, at least officially. Well, now LG decided to announce this handset properly and it seems that the device is the direct successor to the very first Chocolate phone. 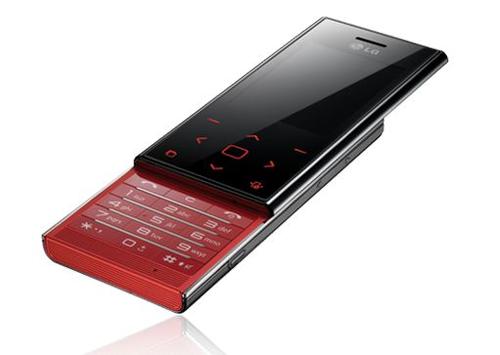 This slider is considered LG BL40’s little brother, although it’s not a full touch handset. LG BL20 is a very slim phone, with a 12.3mm waistline and it also incorporates a 5 megapixel autofocus camera, a touch sensitive touch pad below the display and touch sensitive side keys (volume knobs and camera key).

There’s also a Widget Hotkey on the bottom right corner of the navi touchpad, providing access to features like Weekly Schedule, Alarm or Memo. We don’t know if this fashionable phone will feature an accelerometer, a 3.5mm audio jack, WiFi or GPS, but what we do know is that it comes with the cool Clear Memo Capture feature, able to take shots of handwritten text and drawings, storing them for later use.

LG BL20 should hit the market in the UK via O2 in Q4 2009 and meanwhile you can check a video demo of its features below: